In order to support long-term German and Dutch unemployed people in finding an occupation soon, the project Grenzen Bewegen has been created.

Grenzen Bewegen, literally “move the borders”, is an Interreg V A Deutschland-Nederland project. It had a pilot action in 2013, which brought to its “kick-off” in December 2015 and is going to last until November 2018.  “Theodor-Brauer-Haus”, “Kreis Kleve”, “Regionale Sociale Dienst De Liemers (RSD de Liemers)” and “Gemeente Overbetuwe” are the stakeholders of this project, which main goal is to inform the involved jobseekers about the opportunities of the cross-border labour market and support the inclusion in the job social insurance system.

Theodor-Brauer-Haus is a vocational training center, the Kleve district is involved with its jobcenter, De Liemers are a regional social services and “Gemeente Overbetuwe” is the Overbetuwe´s municipality centre. The Euregio-Forum hosts the stakeholders´reunion twice a year: in fact there will be soon, on the 19th of October, the “Cross-border labour market between Germany and the Netherlands” event in its headquarters.

Within this project, on the 19th of October Euregio Rhein-Waal Forum hosted a conference on the cross-border labour market. 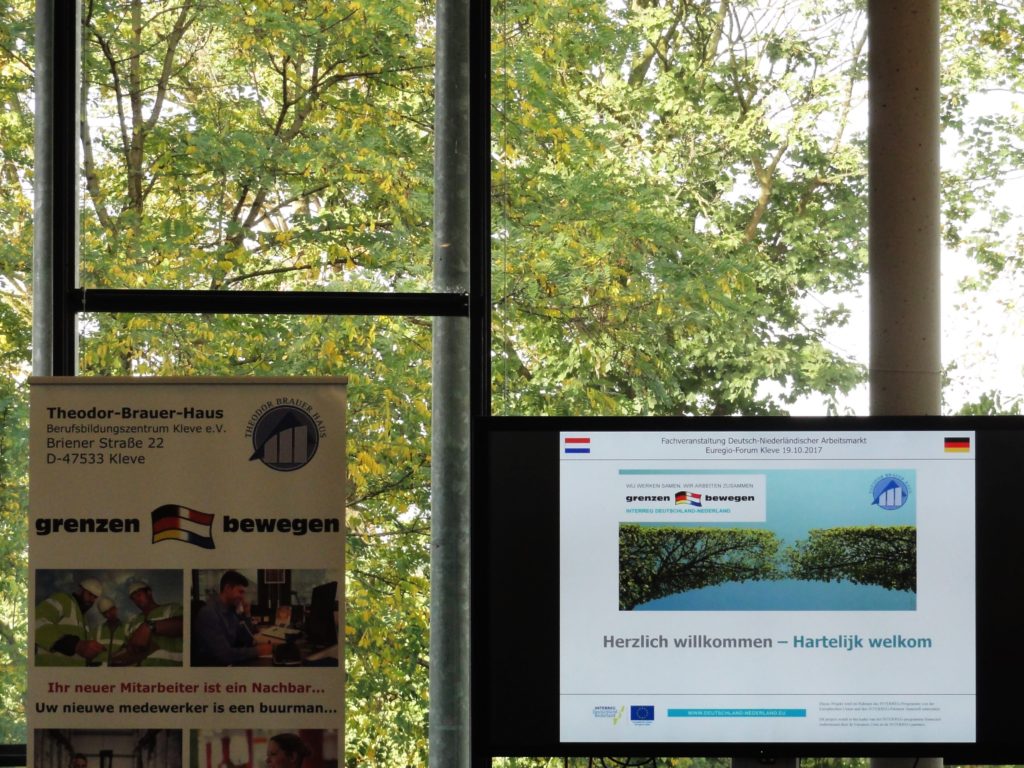 Kerstin Schweighöfer, author and ARD correspondent in the Netherlands 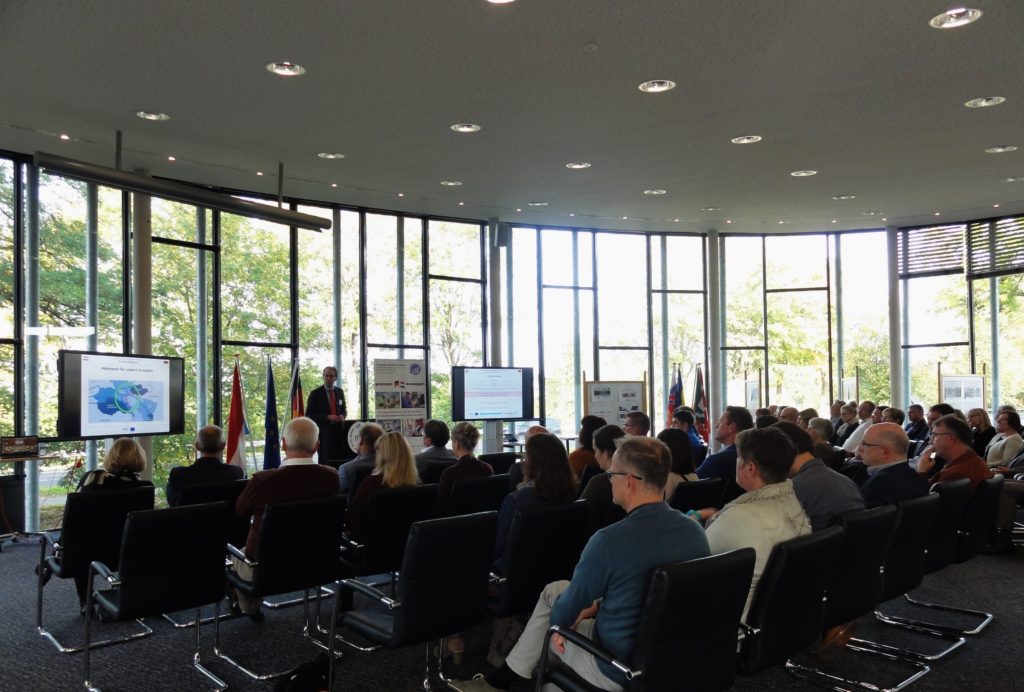 The conference, opened to the public, followed the Grenzen Bewegen project visit that German and Dutch city council members and policy officers, my colleagues Heidi de Ruiter, Carola Schroer, Sjaak Kamps and I went to on the 28th of September. The visit was in Zevenaar, a Dutch city and municipality of the Gelderland Province and three lecturers exchanged during the debriefing and illustrated us structure, developments and mid-term reached results of the project. 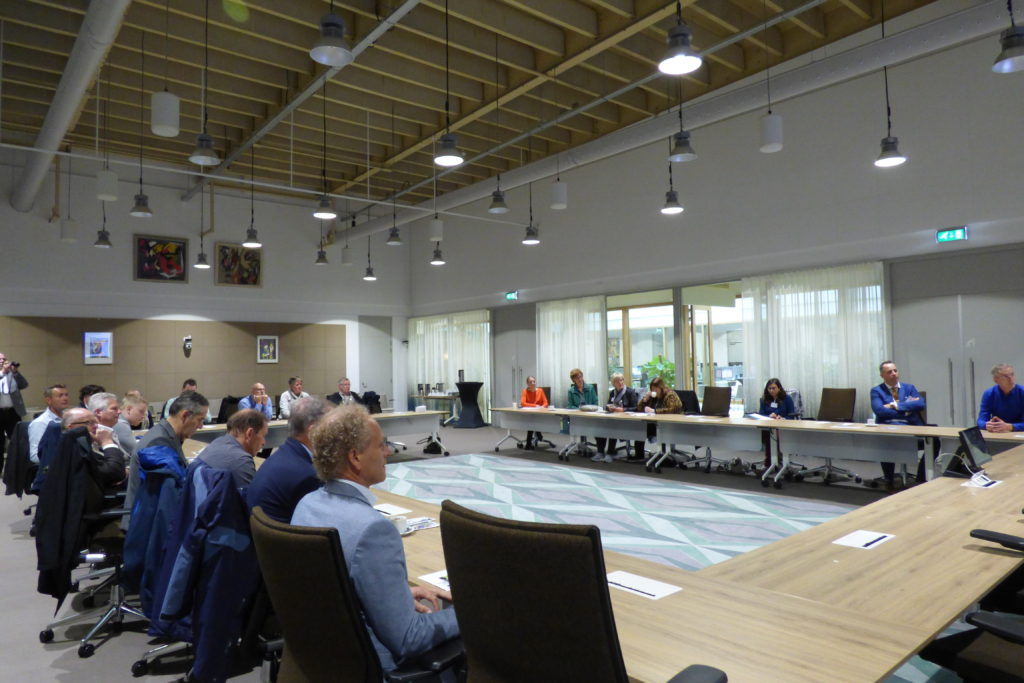 Grenzen Bewegen offers people looking for a job since long and previously selected an educational training, which includes:

– a cultural-linguistical preparation on the other country with field exercise;

– support in writing the cover letter;

– reports from people who work accorss the border;

-search of workplaces/firms and a traineeship.

There are two training centres: one hosted at the Theodor-Brauer-Haus Berufsbildungszentrum Kleve e.V, at the German side, the other one in the Volksuniversiteit Zevenaar, as Dutch referee.

At this point of the project, 166 participants have been involved in different cities from both countries and the 35% of them found a job thanks to it. 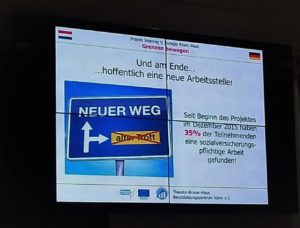 The cities involved are:

In this sense, Grenzen Bewegen has been successful in strengthening the idea of a regional labour market and coherent with the main objectives of the Interreg V A Deutschland-Nederland Programme, which aims are “to increase the innovative capacity of the border region and to reduce the barrier effect of the boundary.”

A final evaluation of the project is planned in order to identify the best practices for the next edition.

Funds for this INTERREG Deutschland-Nederland project provided by the EU, the Nordrhein-Westfalen Ministery of Economics, Innovation, Digitalization and Energy and the Province of Gelderland.

For further information please take a look at the project´s web page: