“ROCKET Reloaded” is a continuation of the INTERREG project “ROCKET” (Regional Collaboration on Key Enabling Technologies). It aims to strengthen the German-Dutch ecosystem in the field of key technologies such as photonics, nanotechnology, micro- and nanoelectronics, microsystems and new materials in the application areas of production, energy or health. We talked to Dr. Carsten Hohoff about the innovation project “Pure Forensic DNA Profiles”, which was realised within the framework of ROCKET Reloaded, and the importance of INTERREG. 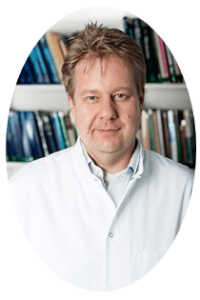 Can you tell us a little about yourself and your role in the project?
My name is Dr Carsten Hohoff. I am the director of the Institute for Forensic Genetics (Münster) and head of the Rocket Reloaded project “Pure Forensic DNA Profiles”.

Summarise the project in 3 sentences, what does the project bring to the region?
In the project, which we run together with the company VyCAP (Enschede), we want to solve the problem of mixed traces, i.e. a crime scene trace comes from several people, by breaking down such a mixture into its cellular components and investigating these components individually. We expect this to lead to an enormous increase in the evidential value. The region will benefit because this project can only work with the existing network of important suppliers from both sides of the border.

What has the cooperation with partners from the neighbouring country within this project brought you?
Our Dutch partner has many years of experience in the separation of cell mixtures and we are part of a fruitful complement to the core competences of both project partners.

How did your project emerge and how did you become aware of INTERREG?
Joska Broekmaat, CTO of VyCAP, called me and told me about the idea of a research project within the framework of Rocket Reloaded – I was spontaneously enthusiastic and signalled approval.

What has been made possible by INTERREG/Europe?
Without INTERREG/Europe, there would probably not have been cooperation between IFG and VyCAP leading to new products and services for law enforcement, which will ultimately lead to a safer society in Europe.

What does INTERREG mean for you personally?
Since my participation in a Dutch working group during my school days, I have had an affinity with our western neighbour and am pleased that I can now cultivate such contacts on a business level.

You can find more information about the project here.